At the same time, Arctic sea ice extent was at a record low for the time of the year since 1979.

As the image underneath on the right shows, Arctic sea ice extent in 2017 has also been more than than 1 million km² lower than the 1981-2010 median.

For about half a year now, global sea ice extent has been more than 2 million km² lower than it used to be, not too long ago, as illustrated by the image below, by Wipneus.

This means that a lot of sunlight that was previously reflected back into space, has been absorbed instead by Earth, contributing to global warming, especially at the poles.

Greater warming at the poles has also caused more extreme weather, resulting in stronger winds and waves and in wild weather swings, further accelerating the decline of the sea ice. 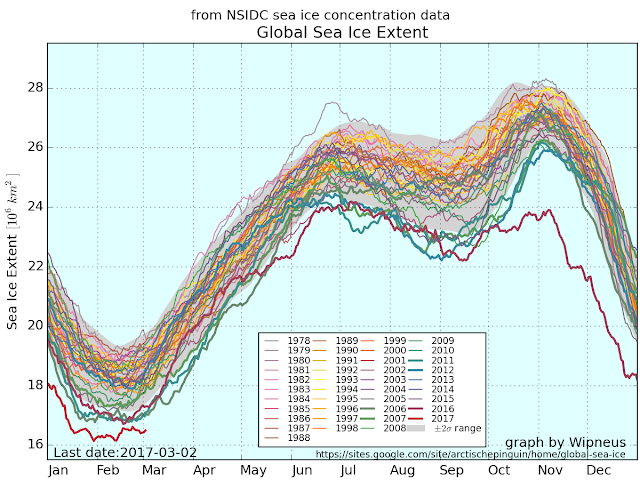 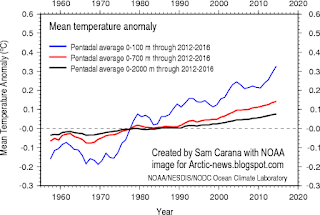 The combination of rising ocean heat and stronger winds looks set to devastate the sea ice around Antarctica. Ocean heat is increasing particularly in the top layer (see image on the right).

As discussed before, methane hydrates can be present both on Greenland and on Antarctica underneath thick layers of snow and ice. Due to global warming, wild weather swings are now common at the poles, as illustrated by the image below. This can cause sequences of rapid and extreme expansion, compacting and fracturing of snow and ice, resulting in destabilization of methane hydrates contained in the permafrost. 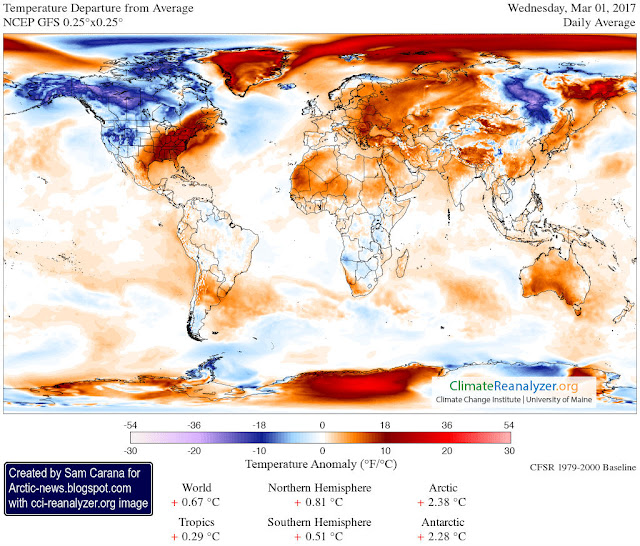 The image below shows methane levels as high as 2562 ppb, with solid magenta-colored areas showing up over the Laptev Sea on March 4, 2017. 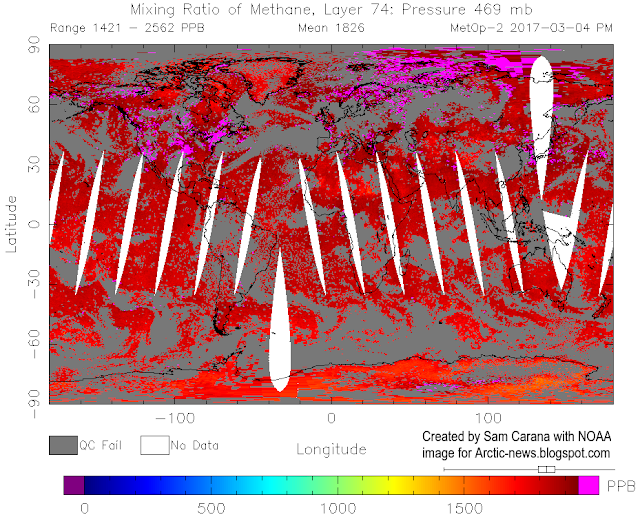 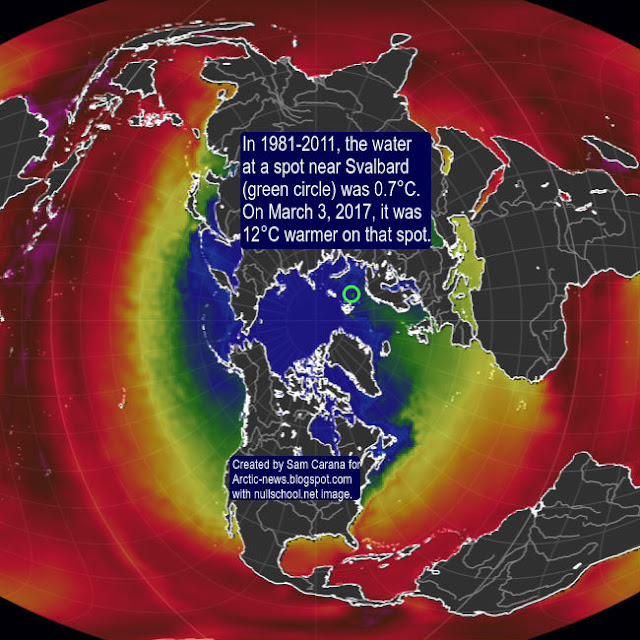 The danger is that self-reinforcing feedback loops such as albedo decline and methane releases will further accelerate warming and will, in combination with further warming elements, cause a temperature rise as high as 10°C or 18°F by the year 2026, as described at the extinction page.

• Earthquakes in the Arctic Ocean
http://arctic-news.blogspot.com/2014/04/earthquakes-in-the-arctic-ocean.html