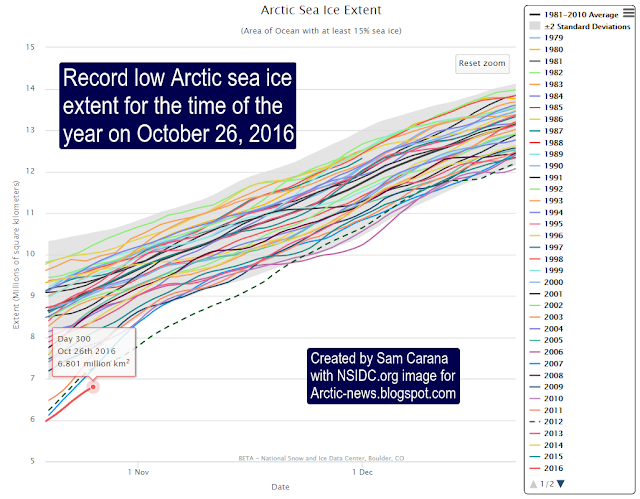 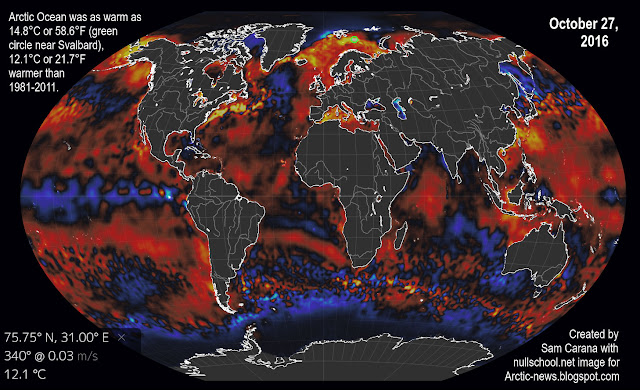 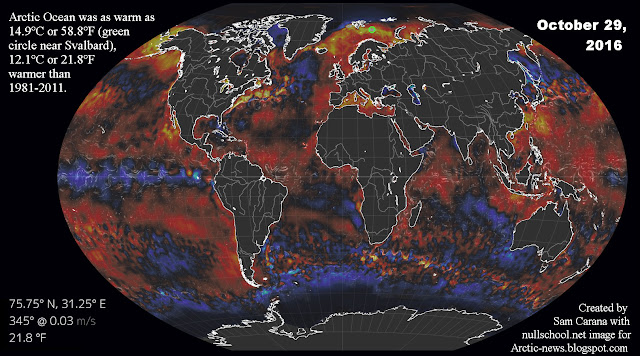 As the sea ice shrinks, less sunlight gets reflected back into space, while more open water and higher sea surface temperatures also cause storms and cyclones to become stronger. Stronger cyclones also cause greater amounts of water vapor to move up the Pacific Ocean and the Atlantic Ocean toward the Arctic.

Less Arctic sea ice and a warmer Arctic Ocean make that more heat and water vapor gets transferred from the Arctic Ocean to the atmosphere. The two above images show temperature forecasts for November 1 & 2, 2016. In both cases, temperatures over the Arctic as a whole are forecast to be as much as 6.40°C higher than 1979-2000.

As these images show, temperature anomalies in many places are at the top end of the scale, i.e. +20°C or +36°F.

Below are two further temperature forecast: 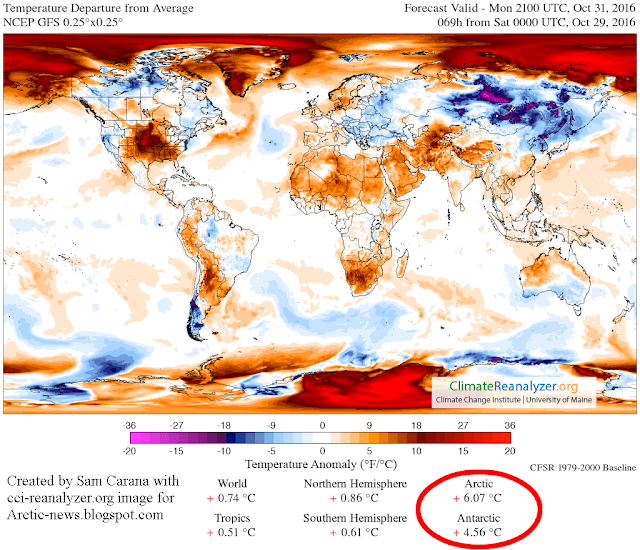 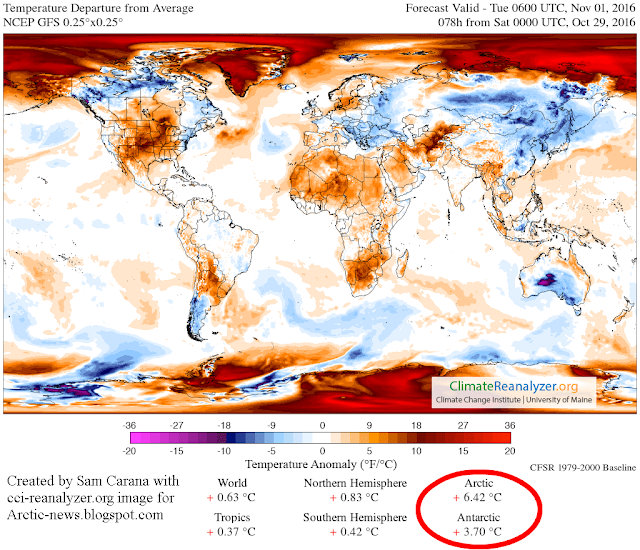 The Climate Reanalyzer image below shows the temperature rise in the Arctic over time. 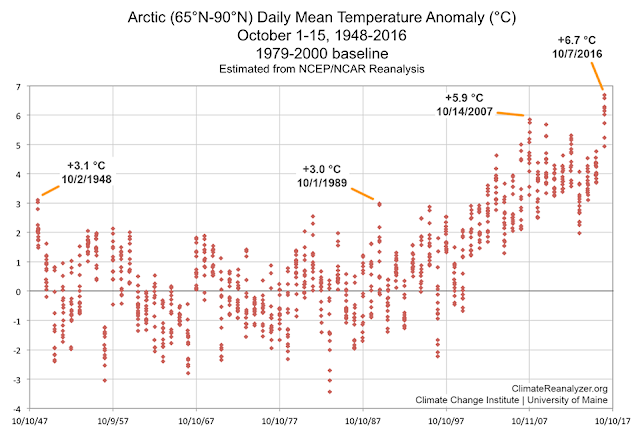 In the video below, Dr. Walt Meier of NASA Goddard Space Flight Center describes how the Arctic has been losing its thicker and older sea ice over the years (1991 to September 2016).


The Naval Research Lab 30-day thickness animation below (up to October 28, 2016, with forecasts up to November 5, 2016) further shows minimal recent growth of the Arctic sea ice, especially in terms of the ice with a thickness of 1m or above.

As the Arctic Ocean gets warmer, the danger grows that large amounts of methane will erupt from destabilizing hydrates at its seafloor. Ominously, high methane levels are visible over the Arctic on the image below, showing methane levels as high as 2424 ppb on October 24, 2016. 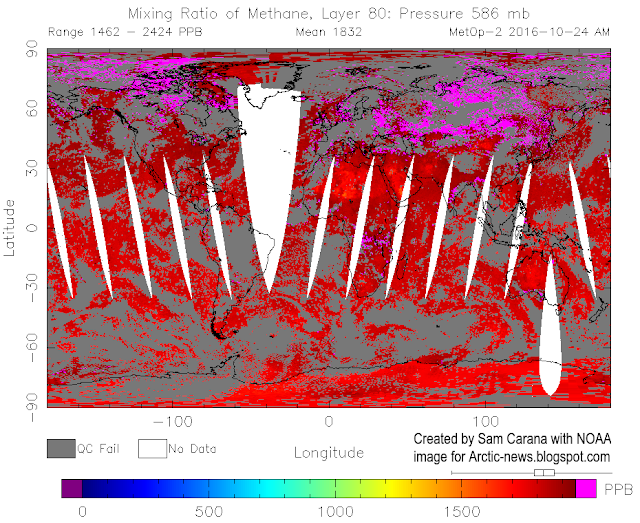 The animation below, made with images from another satellite (and a different scale), shows high methane levels over th Arctic Ocean from October 26 to 28, 2016.