A temperature rise (from preindustrial levels) of more than 10°C (18°F) could eventuate by the year 2026, as illustrated by the image below and as discussed in an earlier post. 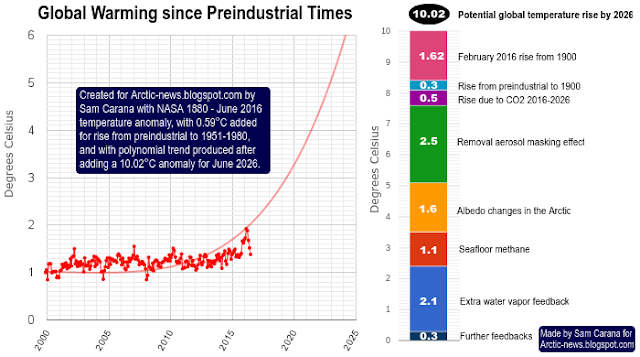 The high temperature anomaly that occurred in February 2016 was partly caused by El Niño. Nonetheless, there is a threat that the February 2016 anomaly was not a peak, but instead was part of a trend that points at what is yet to come. 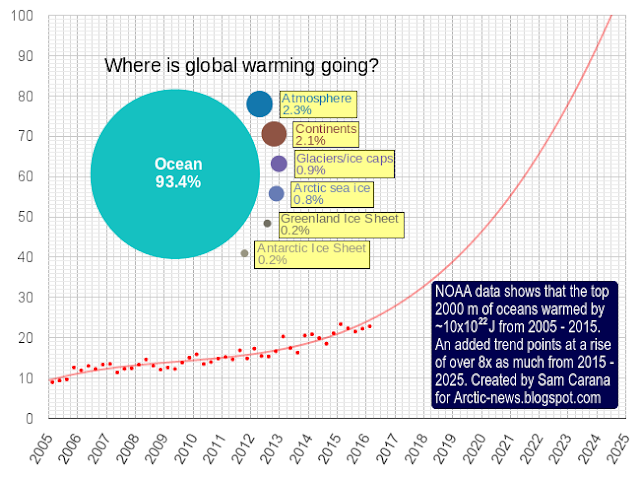 Importantly, ocean temperature rises will also cause Arctic sea ice to shrink, resulting in albedo changes that will make that less sunlight gets reflected back into space, and more sunlight instead gets absorbed by the Arctic Ocean.

The situation looks even more threatening when looking at the Naval Research Laboratory image below, produc ed with a new model and run on August 3, 2016, valid for August 4, 2016. 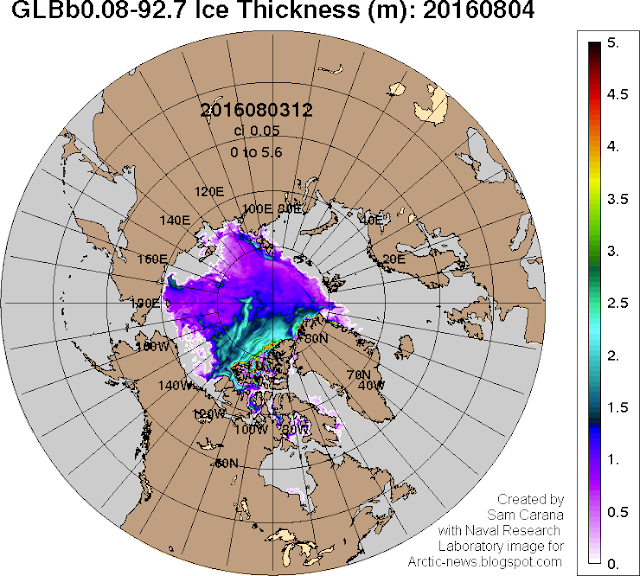 The extra heat entering the oceans translates in a huge temperature rise at the sea surface, as illustrated by the image below, from an earlier post and using sea surface temperature anomalies on the Northern Hemisphere up to November 2015.

The Arctic Ocean is feeling the heat carried in by the Gulf Stream. The image on the right shows sea surface temperature anomalies from 1971-2000.

Note that the anomalies are reaching the top of the scale, so in some areas they will be above that top end (i.e. 4°C or 7.2°F) of the scale. 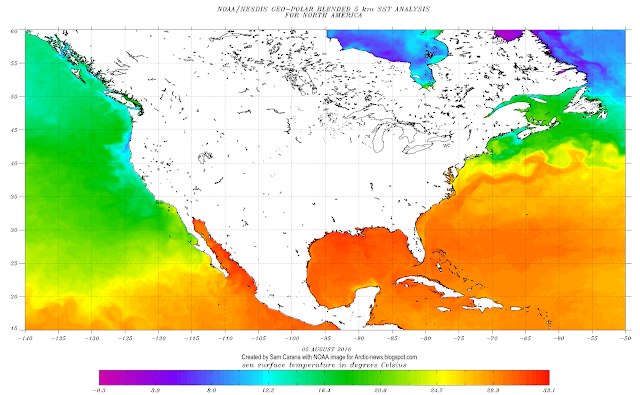 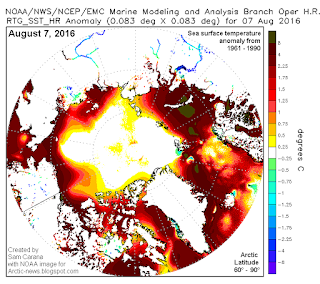 The image below shows how profound sea surface temperature anomalies are at higher latitudes of the Northern Hemisphere. 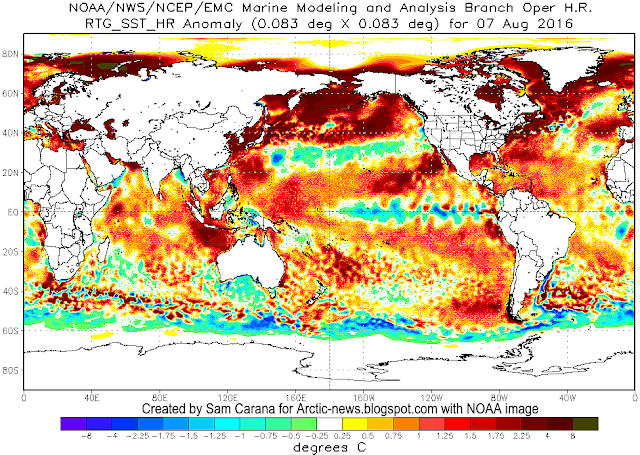 While sea surface temperatures can be huge locally, even warmer water may be carried underneath the sea surface from the Atlantic Ocean into the Arctic Ocean, due to the cold freshwater lid on the North Atlantic, as illustrated by the image below, from an earlier post. 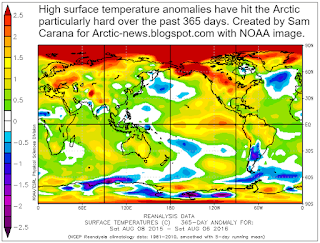 Surface Temperature
As the image on the right shows, high surface temperature anomalies have hit the Arctic particularly hard over the past 365 days.

Apart from melting the sea ice from above, high temperatures over land will also warm up the water of rivers that end in the Arctic Ocean.

Warm water from rivers will thus contribute (along with wamer water brought into the Arctic Ocean from the Atlantic and Pacific Oceans) to melting of the Arctic sea ice from below.

There's a danger that, as the temperature of the Arctic Ocean keeps rising, huge amounts of methane will enter the atmosphere due to destabilization of hydrates at its seafloor.

• A Global Temperature Rise Of More than Ten Degrees Celsius By 2026?
http://arctic-news.blogspot.com/2016/07/a-global-temperature-rise-of-more-than-ten-degrees-celsius-by-2026.html