Showing posts from April, 2015
Show all

Methane levels as high as 2845ppb 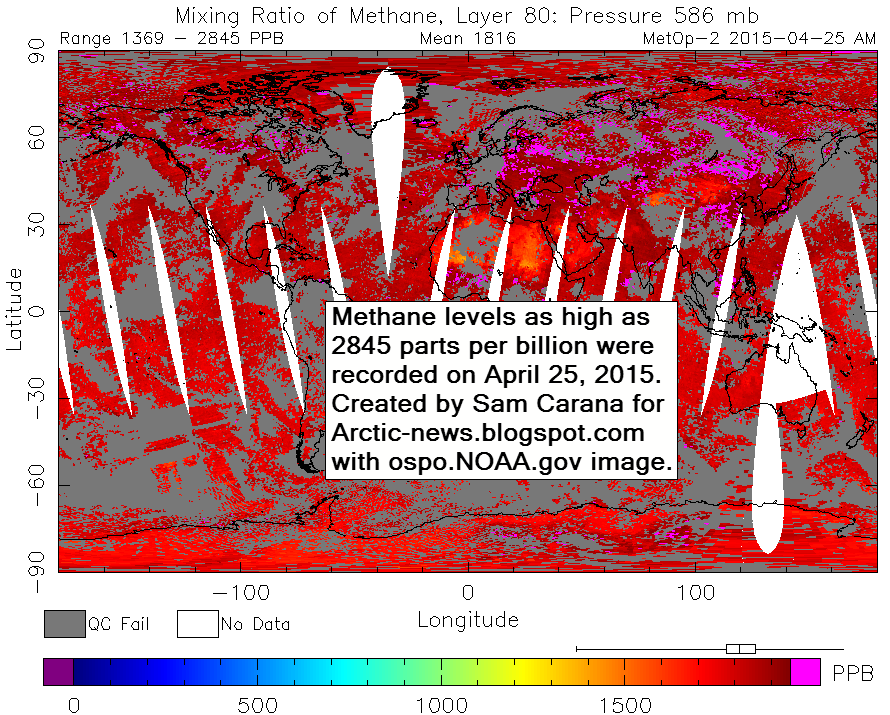 Methane levels as high as 2845 parts per billion (ppb) were recorded on April 25, 2015, as illustrated by the image below. This is an extremely high peak. The average daily peak in 2015 until May 1 was 2371 ppb, while the highest daily mean ranged from 1807 ppb (January 10) to 1829 ppb (April 22). Daily peaks and daily highest mean levels in 2015 are shown on the image below. These peaks are much higher than they were in previous years, as illustrated by the image below, from an earlier post and showing the average highest peak readings in 2013 and 2014 at selected altitudes.. Peak readings in above image are averages over April 2013 and April 2014. On specific days, peak readings could be much higher, e.g. on April 28, 2014, methane levels were recorded as high as 2551 ppb at 469 mb. As said, methane levels as high as 2845 ppb were recorded on April 25, 2015, while the average peak for the first four months of 2015 was 2371 ppb, and this average was calculated from peaks across altit
Post a Comment
Read more

It's time to 'Do the math' again 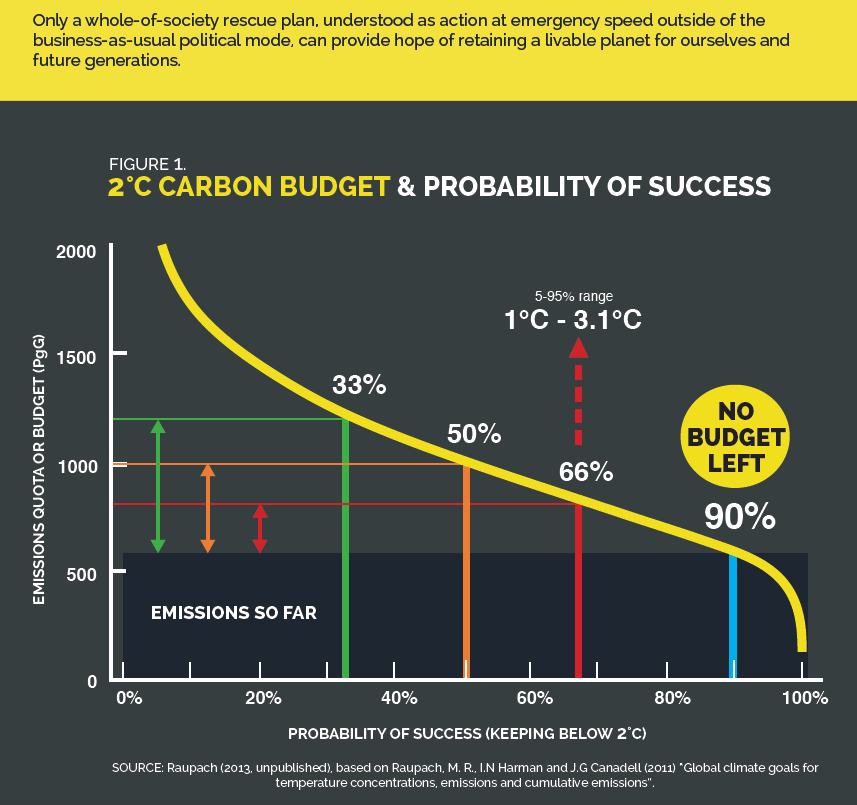 By David Spratt Have we gone mad? A new report released today explains why contemporary climate change policy-making should be characterised as increasingly delusional. As the deadline approaches for submissions to the Australian government's climate targets process, there is a flurry of submissions and reports from advocacy groups and the Climate Change Authority . Most of these reports are based on the twin propositions that two degrees Celsius (2°C) of global warming is an appropriate policy target, and that there is a significant carbon budget and an amount of "burnable carbon" for this target, and hence a scientifically-based escalating ladder of emission-reduction targets stretching to mid-century and beyond. A survey of the relevant scientific literature by David Spratt, " Recount: It's time to 'Do the math' again ", published today by Breakthrough concludes that the evidence does not support either of these propositions. The catastrophic and
Post a Comment
Read more 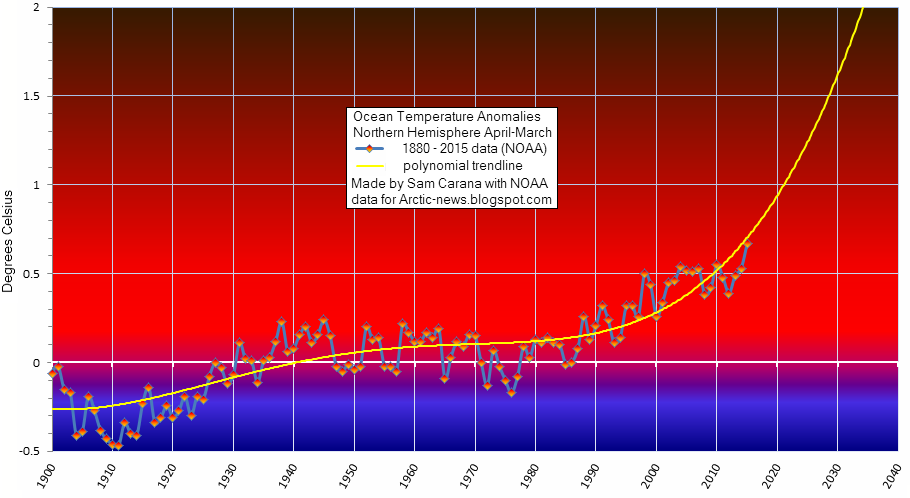 The great unraveling of how climate catastrophe is unfolding on land and in the oceans, in the atmosphere and the cryosphere, is becoming more and more clear every month. March 2015 temperatures were the highest for March in the 136-year period of record.  NOAA analysis  shows that the average temperature across global land and ocean surface temperatures combined for March 2015 was 0.85°C (1.53°F) higher than the 20 th century average of 12.7°C (54.9°F). Ocean temperature anomalies on the Northern Hemisphere for March 2015 were the highest on record. In many ways, the situation looks set to get worse. For the 12-month period from April to March, data from 1880 contain a trendline that points at a rise of 2 degrees Celsius by the year 2032, as illustrated by the image below. Click on image to enlarge The rise in Northern Hemisphere ocean temperatures was especially profound in September and October 2014, when methane started to erupt from the Arctic Ocean seafloor in huge quantities. T
Post a Comment
Read more